HYPERSIM is a high-end modelling and simulation platform intended for those managing and supporting large-scale power networks requiring constant and exacting monitoring, tuning and maintenance.

We spoke with Shijia Li, Team Lead—Protection and Smart Grid at OPAL-RT, about the efforts her department has made in developing HYPERSIM’s Protection Relay Library. Shijia took a few moments from her day to speak to us about this enhancement to HYPERSIM’s functionality.
—

INTERVIEWER [IV]: “So, thanks for speaking with us, Shijia! You’ve told me these Protection Relay Library items are a sort of workflow improvement for those who work in Protection?”

Shijia Li [SL]: “Yes, so much so that they are pretty universal. They’re a library of pre-made components, or blocks, for a modelling/simulation platform like HYPERSIM. They’re usually signal processing modules, plus math-controlled functions and logical operations. They would be normally installed in sub-stations or the like.”

IV: “What are some examples of some of the Protection Relay Library items in HYPERSIM?”

SL: “Well we’re just getting started, but so far: overcurrent protection; under- or over- frequency relay; under- or over-voltage relay; distance protection (measured in impedance); transformer differential—which measures current on both sides—and the loss of excitation voltage for the generator. These models represent the generic functions of the protective relays installed in substations. And we have plans for more to come.”

IV: “Would someone generally… know which of these to use in a situation, or is it automated?”

“This is a vastly complex topic—like you could write a book about it. But in a Distribution system, let’s say, of around 10 kV, with distribution feeders headed to the users, we would tend to use over-current protection and reclosers. But say, for example, at a Transmission level of 500 kV, we would use distance protection and line differential protection. So they’re different functions we use in different situations.”

“But even beyond this, there are considerations about the type of equipment requiring protection and how that is prioritized, the criticality of that equipment—and how much the equipment itself costs is a big factor in how, when and what we protect. As I said, it’s a pretty complex topic, and I’m over-simplifying here to give you a brief answer.”

IV: “What would be the advantage of using a real-time simulator for performing protection studies?“

SL: “Well, first, there’s no practical way to test in real life situations because it could cause a service interruption. When using a real-time simulator to test the relays with realistic behaviour and scenarios, all the relay equipment ‘thinks’ it’s cabled to the real thing; this is why we call it a real-time simulator, because for all intents and purposes the relay equipment is behaving and reacting as it would in real life situations. So it’s all advantages and no setbacks—close to realistic with little risk. I think the real costs of these events may be lost to people, but it may easily cost millions of dollars per hour if a major city like Montreal, say, is without power for some while.”

“At this point [2018], real-time simulators are a mature technology, and we use them extensively for calculations in offline testing. But we’re now getting one step beyond that. The conventional way of testing is just to run some calculations in software or to connect a signal generator to the device under test—which just does unit tests to see if the relay will operate at certain thresholds. But this doesn’t test anything in a more in-context way. What we do more of now is to generate a gamut of more realistic signals in real time, and so this approach is more true-to-life—to what is actually happening in real life.”

“What we’re now doing, is called model-based testing or system-based testing—it’s like the next wave. With the combination of the real-time simulator and both the virtual and real hardware components, it’s an enhanced level of testing.”

IV: “What would be the advantage of having a virtual library of relays to the users?”

SL: “In this way, we can simulate various parts of the protection system and integrate real-world hardware devices (Hardware-in-the-Loop or HIL). So it’s easier to test complex scenarios involving many relays and the virtual. Several types of power system studies don’t require real relays. The accuracy of the virtual is good enough for the first step of proof of concept. Users don’t need to buy the relays, don’t have to set them up (which helps avoid configuration or connectivity issues)….”

“There’s also different layers of modelling and simulation that we can look at. When we’re simulating a power system, it’s mostly the primary equipment. But we can also simulate the protection control layer, which is the secondary equipment, and it’s not at a very high voltage or current. And there are also various communications between layers. So using a real-time simulator and virtual devices means you can test a more complete system more thoroughly and accurately—and sub out the real for the virtual where circumstances permit.”

IV: “Can you tell me about some of the other great features available for protection studies in HYPERSIM?”

SL: “Well, we can automate tests for testing complex protection schemes using TestView, and by combining virtual relays and real devices, as we’ve already covered. We can automate sequences for dedicated types of protection equipment, such as distance protection. We can also use advanced testing functionalities for communication protocols. For example, we developed what we call Data Integrity Manipulation for IEC 61850-9-2 that allows the user to test the robustness of the protection system would there be issues with the Ethernet network or even would it be cyberattacked. Another feature is the compatibility with MATLAB/Simulink or other external code so a user who’d already have protection algorithms programmed in another tool could import it to HYPERSIM. There’s any number of time- and labour-saving ways these features can be used.”

IV: “Could a user build their own protection block based on our library, if they wanted to?”

SL: “Yes, absolutely. We could provide source code if they want. So a user can save a lot of time building their own library: starting from an existing block, they could add functionality to the extent they wished to.”

IV: “I’d like to thank you very much for taking the time to speak with us, Shijia!” 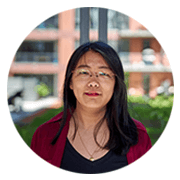 Shijia Li received her Bachelor’s degree from Zhejiang University, China in 2012 and Master’s degree from McGill University, Canada in 2015, both in the field of power engineering. She joined OPAL-RT in March 2015, where her work focuses on power system modelling and real-time simulation applications with protective relays and PMUs. Shijia is actively involved in developing technical solutions and providing advanced training to help users better utilize real-time simulation techniques for exploring the latest P&C/smart grid technologies. Currently, Shijia leads the Protection and Smart Grid team in OPAL-RT’s Application, eXpertise and Electrical Simulation division.